Yes, Your Company’s Leadership Is Clueless

Raise your hand if you’ve ever thought any (or all) of the following:

If you’ve read my writing for any length of time at all, you probably think I’m going to say something like “Your leadership doesn’t control your destiny, YOU do.”

But I’m not going to. When I think back to all the jobs I’ve had (27 total so far), I would have to say I’ve had those thoughts at almost every one of them! Here’s why you and I make those observations:

People don’t need to be led somewhere they’ve already been. They need leaders to take them somewhere new — to battle a new enemy, to accomplish a new goal, to explore new territory. And there is typically no map for new territory. And if there is a map, it’s out of date the moment it is printed. 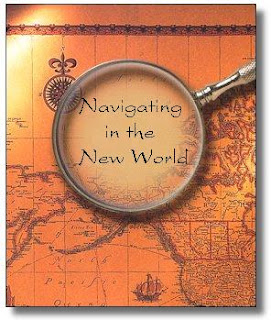 In other words, your company’s leadership is clueless a good portion of the time.

So we complain about how clueless our leadership is, how disconnected they are from reality, how they make such confusing decisions. Been there, done that. Doesn’t really help, does it?

In a recent client workshop, the whole company was in the room, including the leaders. Some people were complaining that the leaders are always meeting “behind closed doors” in “hush-hush” meetings and “secret strategy sessions.”

One of the leaders in the room spoke up and said one of the bravest — and most honest — things I’ve ever heard a leader say. I’m paraphrasing here, but it went something like this:

“We have all of those meetings behind closed doors because we have no idea what we’re doing…and we’re trying to figure it all out.“

In an instant, I changed my opinion about every boss I ever thought was an idiot. Ok, not every boss, but 99% of them. There’s always at least one that really is an idiot, but that’s a discussion for another time.

The truth is, business and life is constantly shifting and changing. It’s leadership’s job to navigate the company through those changes the best they know how. There is no map, especially when unexpected things happen, both good and bad. Rapid growth can challenge a business as much as a recession can.

Imagine for a moment adopting a different perception of your leaders. Instead of questioning their decisions and thinking of them as idiots, what if you view them as explorers of new territory and it’s your job to support them, encourage them, and follow their lead, even if it doesn’t seem like the right direction sometimes? I may be an eternal optimist, but I do believe most leaders want to be good leaders and always have the company’s best interest in mind as they chart the course. The “Enrons” of the world are the exception, not the rule.

I’m the first to admit that I have no idea how to handle every new situation facing my company (and new situations pop up every day). I have much to learn about leadership, but I am pretty good at being transparent about my cluelessness. Just ask my staff, I’m sure they’ll be happy to tell you how clueless I am…in a good way, I hope.

If you’re a leader, consider having an honest conversation with the people you lead about this idea. I promise you, many of the people you lead have never heard this truth before. At the very least, pass along this article for them to read and let them chew on it. The shift in support may be exactly what you need to finally reach that new territory.

If you follow a leader (and we all follow someone), cut them some slack, support them even when you don’t agree with every decision they make. And remember this lesson when you’re the leader, because then you’ll be the one who is clueless.

I tell my speaking audiences that I often thought my bosses were idiots…until I became one. And I applaud them for knowing they were clueless…and accepting the challenge to lead anyway.