Overcoming The Fear Of Taking The Wrong Path 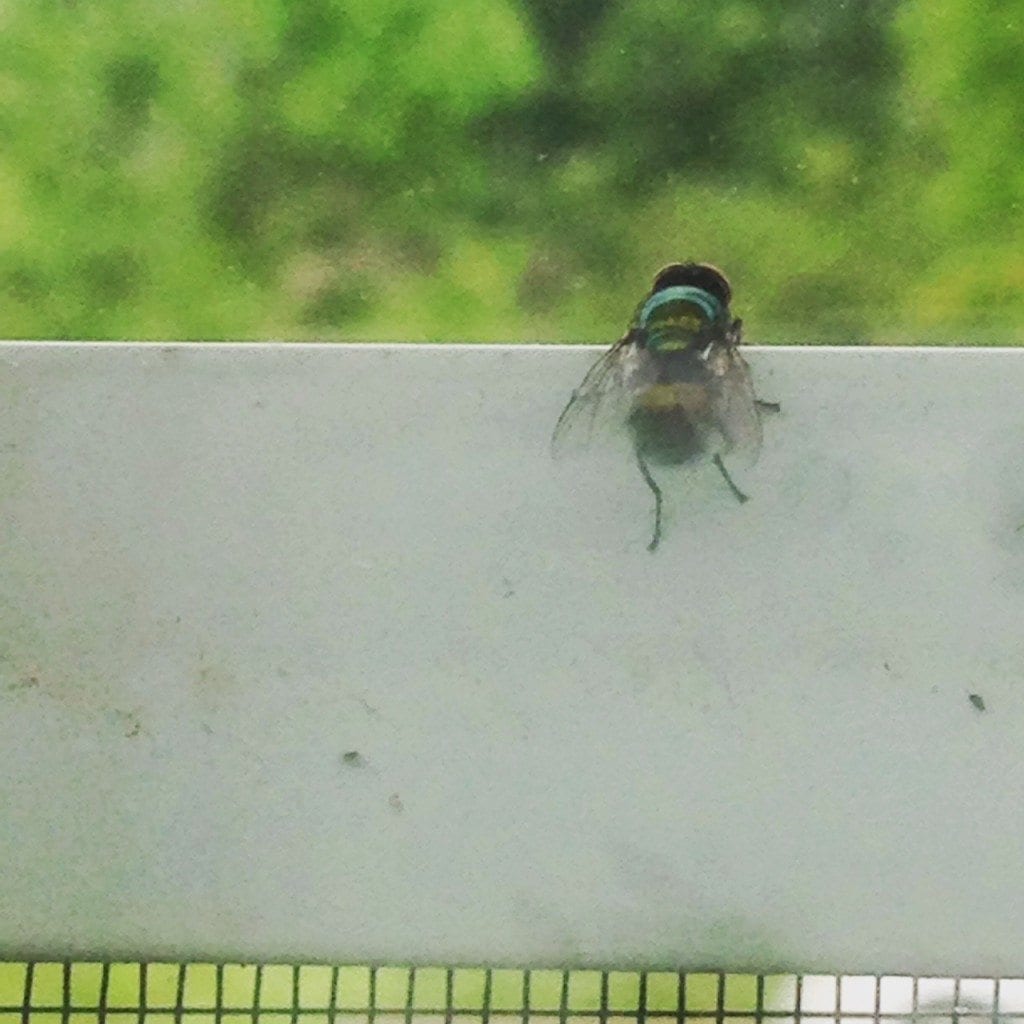 We open our kitchen window a lot, so I can understand why the flies gravitate to that spot. It’s the closest thing they get to being totally free. The screen is a chain link fence (minus the barbed wire) that keeps them from flying back into the real world. They pace up and down that fence looking for a way out. I can almost hear them muttering, “I can’t be in here, I gots 10,000 babies to feed!”

Being the benevolent and kind warden that I am, I lift the screen so they can fly back to their families or the closest pile of dog poo, whichever they choose. I don’t judge.

Of course they don’t realize the screen is open. They continue to pace up and down the screen until finally they reach the frame that holds the screen together. At this point, they realize, “Hey, this is different. Maybe I should explore this.”

Here’s the weird part. After walking the entire length of the screen, which is about 18 inches tall, They will stand FOREVER on the frame, which is about an inch and a half tops. They poke around with their front feet, walk right up to the edge — repeatedly — then turn around and walk away, sometimes even retreating back to the screen for awhile before attempting the frame walk again.

Now, I may be projecting my own feelings onto these flies, but I’m pretty sure they want to be free. After all, they could fly freely through the house for weeks. My anti-fly-swatter policy must be well known in the fly community by now. But they congregate on my kitchen window screen, taking in the lush landscape just out of reach, longing (again, my projection) to feel the wind in the little hairs on their legs.

So, why do they stand there, millimeters from what they want, and not just reach out and take it?

I can so relate to these creatures. I have often been *this close* to something I want or need and not taken it, or have taken forever to make that final step over the edge. In fact, I would say this is a regular occurrence in my life. There are many reasons why I’ve been reluctant to take that final step in the past, but there is one more common than the rest:

The Fear Of The Wrong Path

What if I take that job and it’s not what I thought it was? What if I buy that car and it turns out to be a lemon? What if I tell my wife what I really want and she thinks I’m crazy? What if I move to Paris and discover I hate French food, even fresh crêpes filled with Nutella?

1. There is no wrong path.
There are more enjoyable and less enjoyable paths for sure, but every path has value, even if that value is helping me learn what I don’t like or what to avoid in the future.

2. I can get off the path any time I want.
I’m a committed guy. When I choose a path, I feel like I need to complete it, or at least give it the old college try. I sometimes forget that if a path aint workin’ for me, I can always choose another path. Granted, changing paths may carry costs or consequences, but those are usually short term. A friend of mine asked me recently, “Would you rather have short term pain or long term pain? It’s your choice.” Wise words.

Back to my story about the flies. Watching the flies finally step over the edge is perhaps the most fascinating part of the whole prison release ritual. Rarely do they climb on top of the frame and take off right away. Typically, they stand there motionless for several moments. I believe in those moments they are reflecting at where they’ve been and laughing at themselves for being so timid about those last few steps. Then, literally (because my kitchen window faces west), they zoom off into the sunset as free as they can be.

I know that feeling. It’s the exhilarating feeling I get when I decide the new path is worth exploring and I step fully into it. Some of the feeling comes from finally removing the weight of the decision, but more often than not that exhilaration is due to the fact that the new path is WAY better than I imagined or way better than the path I was on.

A recent example for me is my decision to buy a cabin. It’s been a dream of mine forever. I have a vision of using a cabin as a personal retreat, but also generously sharing it with friends, family, and people who might not be able to afford to take a vacation (but really need/deserve one). I’ve been dragging my feet for at least TWO YEARS. I’ve used the excuse that I just haven’t found the right property yet. The truth is that I’ve been afraid of taking the wrong path, afraid I’ll buy a cabin and it won’t be as awesome as I thought it would be and then I’ll be stuck with a cabin that I don’t want after all. I’ve been standing on the edge of the screen like a scaredy fly.

I find stating it out loud often strips away much of the fear because I’m forced to hear it outside of my head, and my fear often sounds downright silly.

Your turn. What path are you not stepping fully into? Why not? 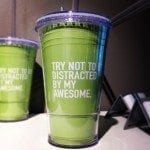 As a reward for interacting and leaving comments, I’m giving stuff away. This week I will be giving away one of our super cool drink cups that we sell at sparkspace. It says “Try Not To Be Distracted By My Awesome.” Our guests LOVE these and I think you should have one on your desk (because, well, you’re awesome). That’s why I’m giving away one to someone who leaves a comment. Before next week’s post, I’ll drop the names in a hat, draw a winner, and announce it next week.

We had so many great comments on last week’s post: Removing “Perfect” Roadblocks. Thank you to everyone who commented.

As promised, last week’s winner of one of my favorite books, “The Big Leap” was Sonya Ramsey. Congrats Sonya. Keep the comments coming!