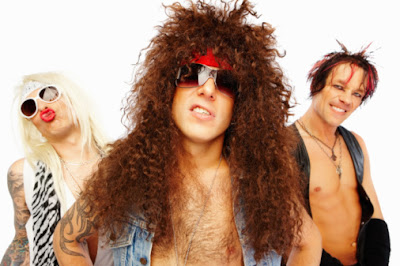 There’s a philosophy that’s been rubbing me the wrong way for a while. It’s the idea that “everyone’s a leader.” I almost hate to admit it, but I’ve even uttered those words myself in workshops and keynote speeches. And even as I’ve spoken the phrase, something inside of me was telling me that it’s not right.

Just to prove how prevalent the “leadership” message is, if you Google “workplace leadership”, you get 80 MILLION results. If you type “workplace excellence” you only get 18 million. That’s a substantial difference, although I’ll only click on a couple million links from either search.

The problem with the “everyone’s a leader” philosophy is that it has created a level of expectation that is unrealistic and unnecessarily stressful. Here’s what’s been drilled into us:

Work hard  — get good at what you do — hone your leadership skills — become a leader.

Leadership is the pinnacle. It’s the goal. The top of the ladder. The payoff. The big money. The prestige. The end-game. The reward.

Been there, done that. It ain’t much of a reward…unless it’s what you were called to do. THEN it’s cool. There are people who were just born to be leaders, or have been forged into leaders by circumstances and experience. And they love it. And it loves them. And everyone is happy.

Get this in your head: that’s baloney.

Rockstars don’t run the show. They ARE the show. All rockstars have a manager, right? Which job do you think matters more? Sure, a good manager is important and can be critical to the success of any venture. But without the rockstars? Fuggeddaboutit.

One of the things I loved about my last “real” job (before starting my own business 13 years ago) was that they allowed people to advance in the company without having to move into management (i.e., leadership). If you were great at what you did and just wanted to keep doing it, the message was “Awesome! Rock on! We need you!” There was still a management career path, but you didn’t have to take it be considered successful, be recognized, or to make more money.

Leaders, you may have heard the job of a leader is to raise other leaders. I agree. Just make sure you’re raising leaders who CAN be a leader and WANT to be a leader. Don’t force star-shaped pegs into round holes. That’s just painful for everyone.

Rockstars (and potential rockstars), don’t fall for the myth that says leadership is the only path to true success. If you like to lead and you’re good at it, go for it. There’s no law that says a rockstar can’t also be a leader, that’s a killer combo for sure. But it’s not the only road to satisfaction and fulfillment at work.

The leadership gurus will disagree with me, but I’m just callin’ it like I see it. The world doesn’t need more leaders right now. It needs more rockstars.