Two Foolproof Ways to Shut Down The Meeting Chatterbox 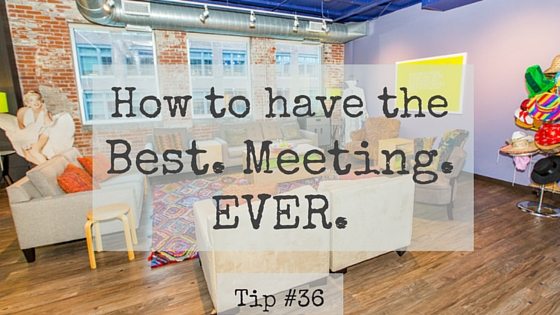 We’ve all been in a meeting with that one person who answers every question, responds to every point, and totally dominates the conversation with their thoughts, opinions, and chatter that seems to have no ending point.

Sometimes this person is acting on purpose, filibustering until everyone else falls asleep or until lunch arrives. Either way way they get the last word.

Other times, though, the chatterbox may simply be overly excited about an idea, or nervous about speaking up in front of a group, so they unintentionally ramble way too long or way too often. Their brain just goes 100 mph — so fast and unfocused it can’t formulate an exit strategy. So, basically, they keep talking until they run out of breath.

If you have a chatterbox that is, intentionally OR unintentionally, disrupting an otherwise productive meeting here is how to deal with someone who talks too much during meetings:

The great thing about these ideas is that you can give them a shot even if you’re not leading the meeting. If the leader or facilitator isn’t addressing the issue, you might just salvage the meeting by doing your part to help shut down the chatterbox.