The Problem With Things That Work

I told my friend I was having a plumbing issue and she told me to contact plumber clifton, nj to come and repair it for me but I thought they were based a little too far away from my house. I hate having to deal with things like this, it’s so annoying! I didn’t choose to have a broken toilet! So the plumber (from OneTorontoPlumbing.com) and I are staring at my toilet, neither of us speaking. We just watch in silence as the water swirls and dances and finally disappears with the familiar gurgleswoosh sound of a successful flush.

Yes, that is definitely the strangest opening to an article that I’ve ever written. But, on with the story. 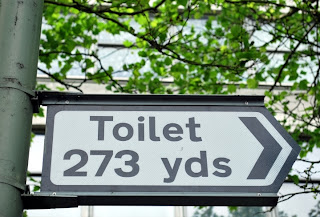 “I can’t get it to NOT work,” says the licensed professional in these matters. He looks at me with a look that I’m sure would be accompanied by a good head-scratching if, you know, he hadn’t just had his hands in my loo.

“So…what’s next?” I ask. I am truly puzzled because we (as a family) had been pretty darn successful getting the thing to overflow on a way-too-regular basis.

“Well, I can clean out the jets and the drain to see if that does anything.” He doesn’t sound convinced that’s really the next step, but I agree to his plan of attack anyway.

Ten minutes later, the plumber emerges from the bathroom with a triumphant grin. “You gotta see this” he says as he waves me an invitation to join him in his porcelain victory.

He tosses a few token pieces of toilet paper into the bowl for effect and pushes the handle down with a confident, “HA!” What I witness next is as close to a miracle as I’ve ever seen. The speed and force of the swooshing water is at least 4 times faster and more powerful than before. Apparently, the jets and drain had become a bit, um, gunky over the past decade or so we have been using it after it was installed by a Toronto plumbing company. After a good cleaning they now work like new and — waaaaaaaaay more importantly — our toilet hasn’t overflowed since.

You, me, and my toilet all have the same problem (I’ll bet you $100 nobody has ever said that to you before). We actually work ok most of the time. We function. We perform our job. We even produce decent quality work on a fairly consistent basis.

Oh, sure we work. But we could work SO MUCH BETTER with a little tune-up once in awhile!

We have a word for things that work ok: It’s called mediocrity. I say it’s time to flush mediocrity down the drain! Let’s clean out our jets and see what we’re really capable of! See how I brought that back around? Clever, I know.