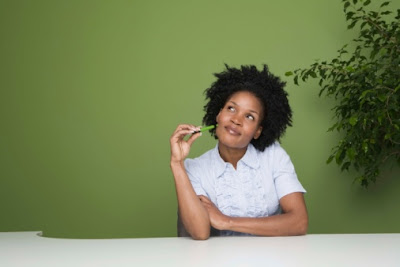 Ever quit something because it was the right thing for you to do and you just knew it?

What happens after you decide to quit? That’s right. GUILT. You start to experience guilt even BEFORE you actually finish the thing you’re quitting. Even if you know deep down in your gut that it’s the right thing to do, you start to wonder. You start to second-guess your move. You start to feel remorse for all of the poor schmucks you’re leaving behind.

Ahem! Please cease and desist all guilt trips immediately and return to your much more deserved seat on the kick-butt train.

I’ve recently said NO to a whole lotta things. And I’ve recently quit some things I’ve been committed to for a loooooooong time (like more than 10 years). In fact, this past weekend I worked my last volunteer gig for a certain organization I have been serving for more than a decade.

I struggled with the decision to quit for at least a year. “They need you! There’s nobody else who can do what you do!” said my brain. I now know that my brain and my conscience were in cahoots to keep me right were I was.

The trouble was that I was doing things that I was good at doing, but I was having less and less impact and getting less and less satisfaction out of the work. I had developed a very strong feeling that I could contribute something bigger and better to the world by giving my time and talents somewhere else, and I kept letting the guilt of leaving my current commitment get in the way.

But I finally took the leap. Three months ago I let this organization know I wouldn’t be serving them anymore. I gave them a full three months to figure out who might step in where I was leaving off.

Which brings us to this past weekend and my final day of service to this organization. I was already on the job doing my thing when the leader of the group I was leaving came in and said:

“There’s the bailer!” As in, thanks for bailing on us and leaving us to do all of this work without you. He laughed it off, but you and I both know he wanted it to hurt…at least a little bit.

For a full three seconds, the guilt overwhelmed me and I found myself questioning my decision again. And then I thought about how ridiculous it was to feel even a millisecond of guilt for making a decision and taking action to support what I KNOW is the best direction for me.

And then I quietly said to myself:

“Never let anyone make you feel bad for making a good decision.“

“Oooh, that’s good,” I said to myself right after that. “I’ll have to share that with people.“

Any time you make the decision to move on to something bigger and better for yourself, you will very likely fuel a wake of bitterness, jealousy, and even anger in some of the ones you leave behind.

Never let anyone make you feel bad for making a good decision.