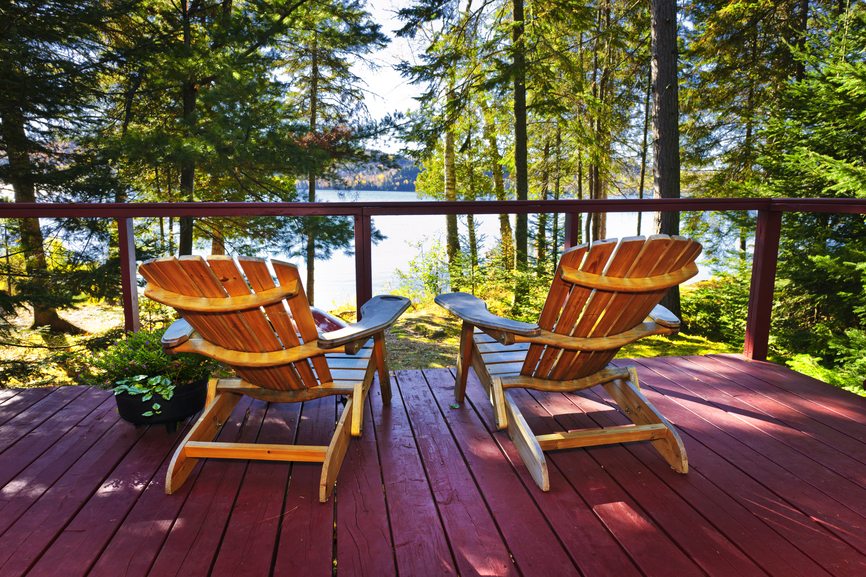 In just a minute I’m going to give you a million dollars.

But first, you have to do something. Don’t worry, it’s easy.

Think of something you say you really want in your life.

Maybe it’s a trip to Fiji.

Maybe it’s finally getting out of debt.

Maybe it’s a more loving relationship with your spouse.

Maybe it’s buying a sweet cabin on a lake (this one’s mine, but you can want it, too, if you like).

Last week I read this brilliant question in a book called Supercoach by Michael Neill (personally I think this one question alone is worth buying the book, FYI):

“If you knew that you were going to be paid a million dollars for the successful achievement of whatever it is you say you want in your life, what would you do differently to go about getting it?”

I hope by know you’ve figured out the million dollars I was going to give you is just a mental exercise. Sorry, I had to get you to read this somehow.

So, if I paid you a million dollars to get off your butt and go get that thing you say you want, what would you do?

Let’s assume that money is not what’s actually holding you back (although you often think it is). For example, It would be really easy to say “Well, I’d just go BUY a cabin if you paid me a million bucks.” That would be true if the cabin I really wanted was available and for sale. But it’s not, so now what?

Rethink your strategy. You only THINK you’re doing everything you can to get it, but that’s not really true, is it? Whenever I’ve asked someone the question, “Are you doing EVERYTHING you can to make it happen?”, there hasn’t been a single person who could honestly answer yes. The answer is usually “No, but…” followed by a laundry list of excuses.

I’ve done a fair amount of searching for a cabin, but I haven’t done everything I could. I’ve driven by  several cool cabins and thought, “If only THAT one was for sale…” If I was going to do EVERYTHING I could, I’d knock on their door and ask them if they’re interested in selling their cool cabin. If they aren’t home, I’d leave a letter asking them to contact me first if/when they decide to sell their cool cabin. And those are just two things I could do that I’m not doing now. There are others. Lots of others.

I’ve got good excuses: A) They’re probably not interested. B) I don’t want to bug them. C) I’ll look like a stalker. D) If they get broken into next week they’ll be giving the Sheriff a description of stalker who dropped by last week to ask if their cabin is for sale. Oh, I could go on and on.

But if I was being paid a million dollars to make it happen, somehow I could figure out a way to make my excuses go away pretty quickly.

You know you don’t really need a million dollars to get rid of your excuses, right? When you REALLY want something, like deep down in your core, you don’t make excuses, you make it happen.

Now the really fun part: I just gave you a million dollars to make your excuses go away. What’s the first thing you would do to achieve what you really want?

Leave a comment, join the conversation, and rock on, my friend!