How A Control Freak Learned How To Delegate 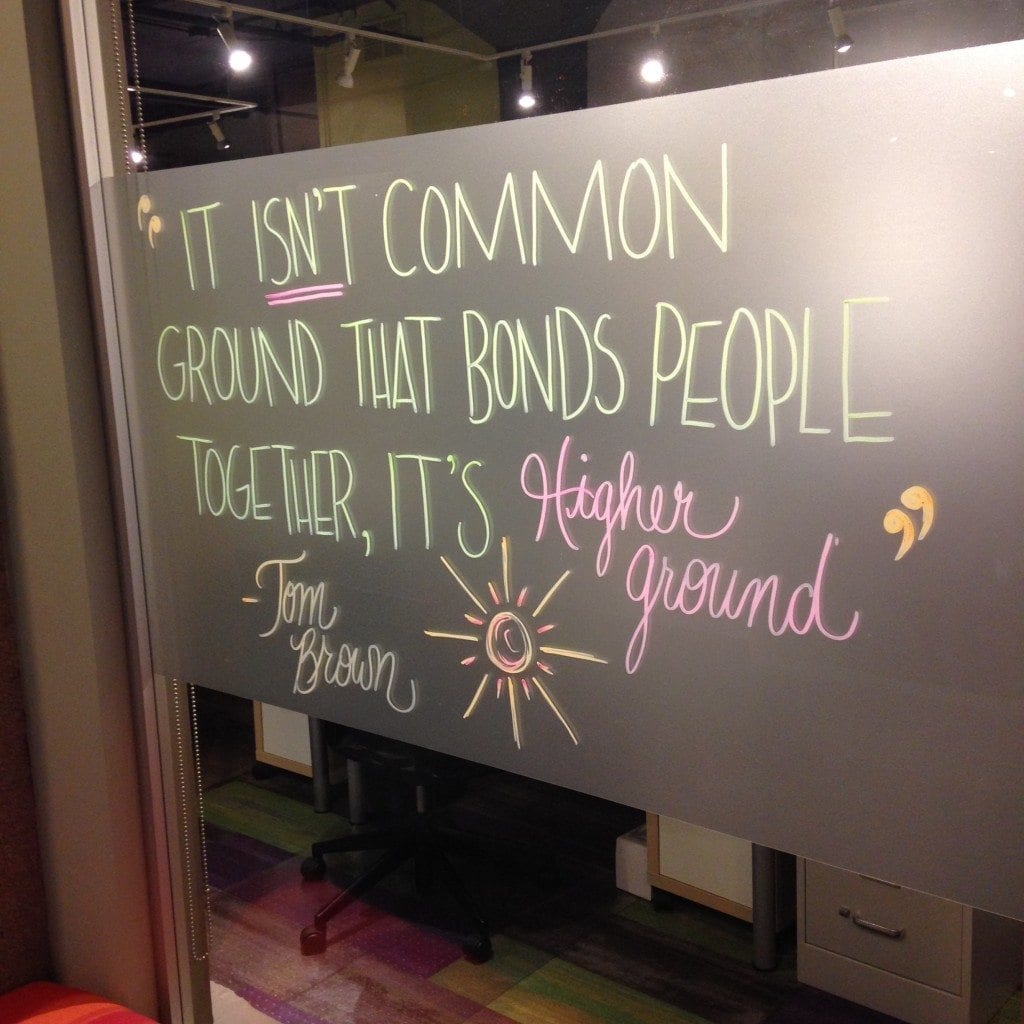 As an entrepreneur (read “control freak”) I’ve never really known how to delegate. That’s not a good thing, but I am getting better. Nothing helps build skill better than a taste of success, though, so here’s a little story about how I’m learning how to delegate. Finally.

Our building used to be a paint factory. I know, cool, huh? The way they expanded the factory over time was to basically build a new building right up against the old one. What this means for us is that we have these large windows (very similar to those MWT Windows) between our office and the hall of our building that leads to the bathroom. A few years ago we started writing interesting quotes on the windows so our guests would continue to be inspired even during their potty breaks.

One of our former employees had been our scribe for a long time because she had decent handwriting. When she left I took over the windows. I tried my best to tame my penmanship, which most days looks worse than a prescription from a doctor who has had too much caffeine. I was actually a little proud of myself for making it fairly legible and keeping the lines almost straight.

I had new quotes picked out for the coming week and was headed to the hallway to scribble them on the glass. Then I remembered that Alisha, our new team member, has very nice handwriting. I know this because she wrote us a thank-you note after her interview…a lost art, by the way. I tentatively approached her and asked her:

Her enthusiastic, “SURE!” gave me a little more confidence. I proceeded to ask her if she would write the quotes on the windows this week. She agreed and went right to work.

Now it’s important for you to know that I spent, oh, maybe 10 minutes total on all four windows when I wrote the quotes. As I watched her progress from the office she easily spent 10 minutes PER WINDOW. From the very first letter her version was so much better than mine in every way. She is clearly gifted in window quote writing. And while I did it just because it needed to be done, she LOVED doing it and threw herself into it 100% — another important point to remember.

Just to show you the difference. Look back and forth at the picture from the top of this post and the picture below. It is the exact same window. Although I won’t hear you, please try not to laugh at my lame, lame attempt by comparison. 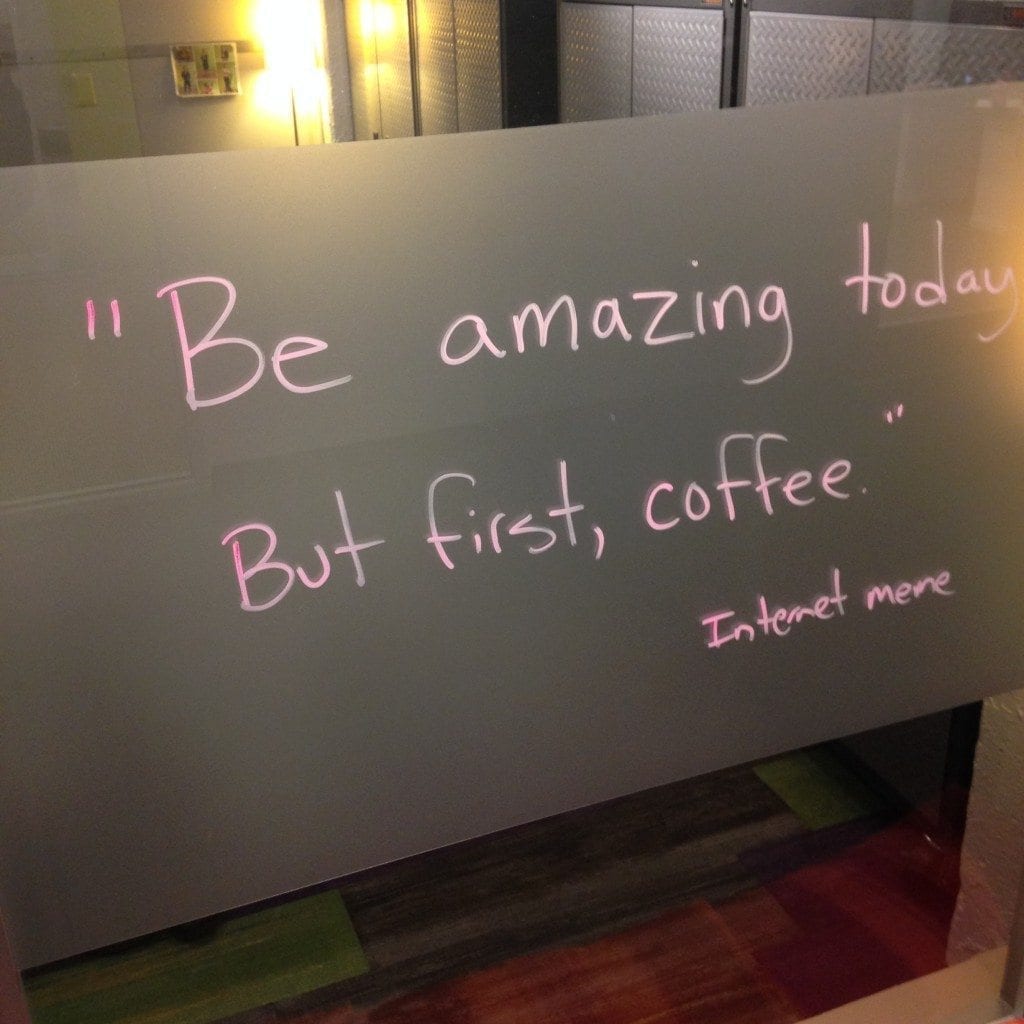 When I wrote the quotes, people would glance at the quotes (maybe) as they traveled the hallway. Now people regularly stop DEAD IN THEIR TRACKS and stare at them. I hear people in 1953 had the same reaction when they saw the first color television.

Why am I telling you all of this? Because it so clearly demonstrates the power of delegation. Even in my second decade as a leader I still have a tendency to try to do everything myself. This isn’t good or even healthy, but I still do it. Even though I KNOW Alisha has way better handwriting than I do, I was reluctant to hand over the markers.

It’s hard to admit that other people can do things way better than I can. It’s helpful to remember that not only can they do them better, they actually ENJOY doing them and absolutely love it when I hand off something that I probably should have never done in the first place.

I now believe the vast — and I mean Grand Canyon sized vast — difference between Alisha’s window and mine was God’s way of telling me, “Hey dummy, see what good things happens when you let go?” I think he got tired of hinting and decided to hit me on the head with a neon dry erase marker this time. It worked.

I envy people who are great delegators. I definitely have a long way to go, but I’m working on it. Fortunately for me, the next time I struggle with delegating something, all I have to do is stop dead in my tracks and look at those windows on my next potty break.