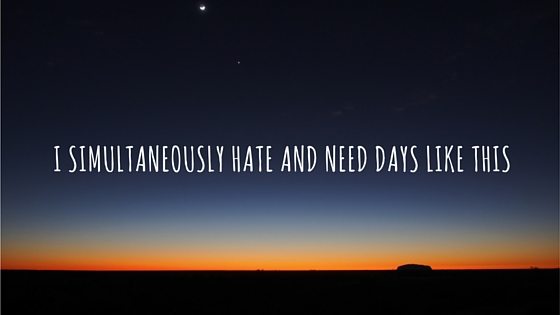 This morning I sat down to write my weekly post. I made the mistake of checking Facebook first and saw post from a friend of mine expressing his condolences for a guy named Scott Dinsmore.

I clicked through to find out what happened. And it’s been weighing on my mind ever since.

I didn’t know Scott, but I had read his blog many times and admired his passion for life and the way he encouraged others to find work that lights them up. The way his blog and movement grew over the past few years was evidence that his message inspired many, many souls. I especially love the name he gave it: Live Your Legend

His Facebook page is still up, but there will be no new posts from Scott. His website and blog look like he’ll be right back from his latest adventure, but he won’t. His last tweet starts with, “Going off the grid…” That’s pretty haunting.

Scott died climbing Mt. Kilimanjaro in Tanzania a few days ago. He was 29 years old, nowhere near old enough to have completed his own legend.

But nobody could deny that he lived it.

You don’t have to read very far into his blog to realize this guy loved life and lived it more fully than most. You also don’t have to venture but a few clicks to discover this was a guy who deeply impacted the people around him and touched many that he never even met.

I simultaneously hate and need days like this. I hate the fact that the world lost someone like Scott. It makes my heart hurt. It makes me feel like life isn’t fair. It makes me incredibly sad for his family. And yet, tragedy is often God’s wakeup call. It’s a reminder that this life is short, all we have is this moment, and it would be such a waste if we didn’t make the most of it.

I believe there is life after this one, but I also believe that this current life is a gift. It’s like we’ve been given a million dollars just to see what we’ll do with it. Will we piss it away carelessly and selfishly or will we maximize it, enjoy it, and share it with others?

Scott’s TED Talk from a few years ago has been viewed more than 2 million times. The message is great, but what I really love is Scott’s passion, excitement, caring, and authenticity. It’s raw, unpolished, and real.

It’s worth watching, and will likely touch you more than anything could say today, so I encourage you to take 17 minutes out of your million dollar life to watch it, then take a few more minutes to let it sink in. And, as always, feel free to leave a comment below and join the conversation. Truthfully, it would be great to hear from you.

Thanks for reading. I appreciate every one of you. Today more than ever.