So…What Are You Going To DO With It? 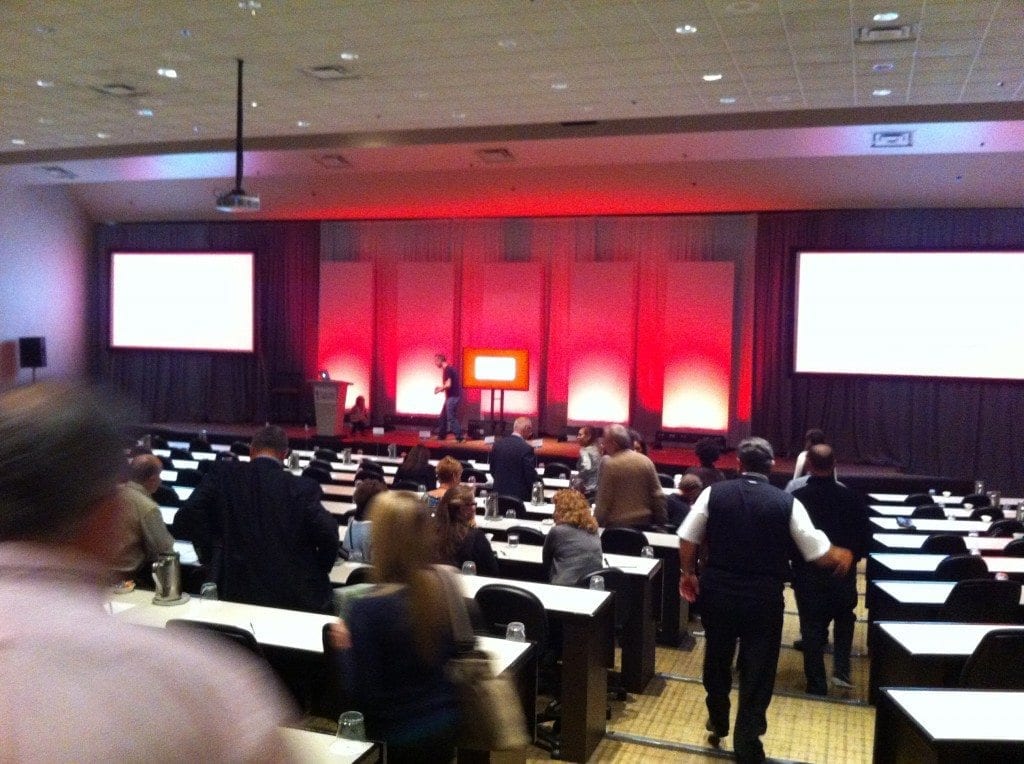 The guy next to to me typed furiously all day on a keyboard attached to an iPad mini. It was almost comical watching him squish his fingers together to type accurately on the child-sized — no, make that toddler sized — keyboard. While I spent the day trying hard not to smirk at his effort, I had to admire his dedication to capture as much of the conference as he could with his lilliputian typing machine.

As I sat listening to the presentations, taking what I believed to be a few relevant notes here and there, I started feeling inadequate. I kept looking at my 3 or 4 bullet points, written out old-school-style with an archaic ball point pen (not even a GEL!). Then I would glance at his little screen packed FULL of not just bullets, but headers, footers, and verbatim quotes! I began to believe that I was missing out on an opportunity to take home detailed notes about everything that was said.

On a break I finally had a chance to talk to Mr. iPad Mini. Apparently, this was his 3rd conference this year. “Wow,” I thought to myself, “This guy must be KILLIN’ IT!” I mean, look at all those notes! I’m sure he has TONS of great ideas from the other conferences he’s attended, too.

When I asked him what he’s accomplished with this virtual library of newfound knowledge, he fumbled over an answer that told me his answer was really “Nothing”, but he wasn’t exactly sure how to pronounce the word.

Turns out, going to conferences is the only noteworthy thing this guy had done all year.

If you didn’t grow up in a town where “cruising” was THE Friday night high school activity, let me explain. Kids will pile in a car and cruise down a main street, along with dozens of other cars piled with kids. Then they’ll turn around in a fast food parking lot or some other convenient location and cruise back the other direction.

Lee Brower, author of The Brower Quadrant, describes cruisers as people who cruise the strip over and over looking for adventure. The problem is, they spend their entire night cruising and never get off the strip. It’s also a great name for people who are constantly “testing the waters” in any endeavor but never actually DO anything.

I know lots of people who feel like they can’t actually start doing something until they have a Ph.D in the topic. So they learn and learn and learn. They attend classes, workshops, conferences, and retreats. They read book after book after book. They watch training videos on YouTube. They know more than 98% of the world about something. And they never apply, start, or finish anything.

Sometimes it’s due to a lack of confidence — when you don’t start because you don’t feel like you know enough yet.

Sometimes it’s because you’re on a silver-bullet quest — when you wait just a little longer because you believe that new course, book, product, etc. will have the answer you seek or the skill you need to develop.

Sometimes it’s because of perfectionism — when you procrastinate because you can’t perform to the standard you’ve set in your imagination.

I get it. I’ve been guilty of all three. And I’m sure I’ll fall victim to them again. It’s human nature.

But here’s what this is all leading to:

My question to you is the same question I posed to my iPad-toting conference colleague:

While I think it’s great that you’ve learned so much already (and you want to keep learning)…What are you going to DO with it?