3 Powerful Ways To Get Stuff Done 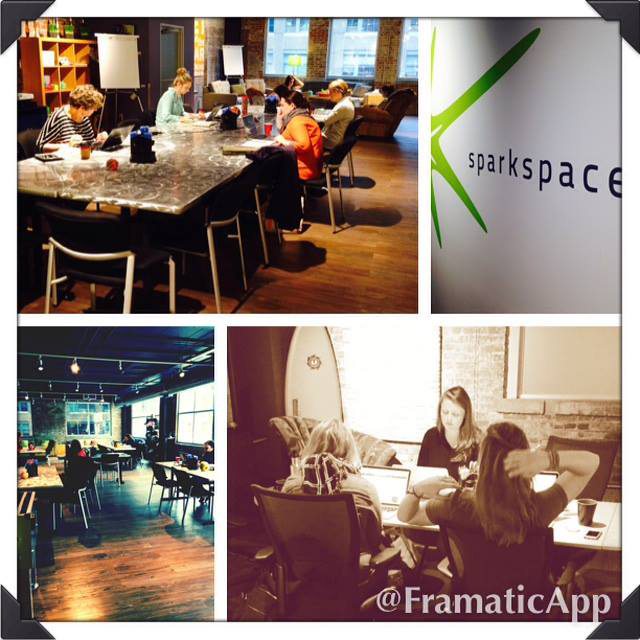 We were pleasantly surprised — ok, we were slightly shocked — at the response we got to our “Get It Done Day” at sparkspace this past Friday.

In case you don’t know what I’m talking about, we opened up sparkspace for free to anyone who needed a place to focus and work on stuff they haven’t been able to finish yet. Well, dozens of people took us up on our offer. And dozens more sent us notes telling us what a great idea it was and how they’d love to come if we ever do it again.

Apparently, there are a lot of people who can’t seem to find the time to finish what they’ve started (or to start something they would love to start).

The results of Get It Done Day were nothing less than stellar. I heard stories of people clearing 1000 emails from their inbox, reading almost an entire book (because book club was that night!), finishing long overdue projects, and (gasp!) even getting AHEAD on their work. Needless to say, it was an incredibly productive day and CERTAINLY NOT THE NORM.

So, how did these people — who admitted having a hard time getting these things done before — knock out all that work in such a short amount of time?

As I observed what was happening at Get It Done Day, I noticed few themes that I think contributed to the uber high level of productivity and completion. I’ve translated those themes into 3 actions for you to consider:


There’s a reason why artists work in studios and it has very little to do with the fact that their paint brushes are stored there. It’s because a studio is dedicated space to focus on their work. It’s all they do there. They’re not working on any other aspect of their lives while they paint. When they go into the studio they just paint.

Find a studio for your brain. Maybe that’s a dedicated space in your house, or remote conference room away from your desk, or even a Starbucks (personally all the “white noise” in coffee shops helps me focus). People who came to Get It Done Day used sparkspace as their brain studio for the day and this alone made a huge difference.

2. Focus On One Thing…And One Thing Only.


I’m an easily distracted person (SQUIRREL!) so this one has always been difficult for me, but nothing has boosted my productivity more than removing all distractions and putting my full attention on just one thing. It’s how I’ve been able to produce this article every week for ten years, FYI.

Unplug, or at least shut down everything that typically distracts you. I recently heard of a writer who bought a used laptop, wiped the hard drive, took off the wireless drivers, and only installed word processing software. Then he would take that laptop — and nothing else — to coffee shops and focus on writing. This is one of the most brilliant ways of focusing I’ve ever heard.

I noticed most of the people who came to sparkspace for Get It Done Day only brought ONE thing to work on. Doesn’t surprise me at all that most of them got that one thing done.

Multitasking is often confused with distraction, but they are two vastly different beasts that share the same result — they destroy productivity and quality. The difference between the two is that distraction is something you allow to creep in, multitasking is often done intentionally. We believe we need to multitask because, well, it all has to get done, right?

Multitasking is the devil. It sweet talks you into thinking it will keep you on top of everything. It will convince you there’s no other way. It promises productivity. Almost every time I multitask, I am way less than satisfied with the result. Multitasking is a liar and a thief.

Overlaying all three of these suggestions is one more that may be the most important one of all: In order for you to have the kind of productivity we saw at Get It Done Day, you have to give yourself permission. A common vibe I got from many of our guests on Friday was that this was the first time in a long time they had allowed themselves enough time and space to actually get something done.

If this helps you, or if you came to Get It Done Day, I’d love to hear about it. Leave a reply below.

And if you’re wondering if/when we will do another Get It Done Day, the answer is YES! We’re planning another one in June that we will announce a few weeks before the event.