Do You Have A Cheering Section? 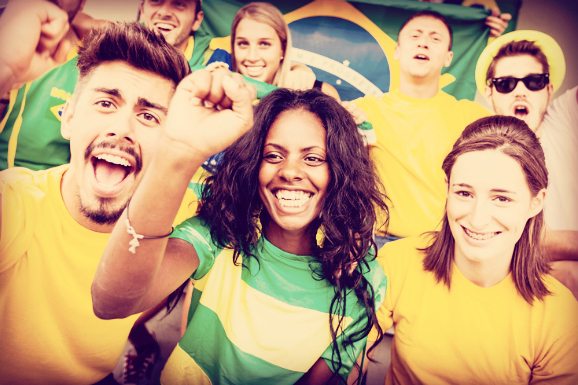 Sunday morning, I realized one of my major goals for 2008: I completed the Columbus Half-Marathon. Although I did run most of the way, my goal for this first effort was simply to find the finish line at the end of 13.1 miles of pavement.

The finish line was definitely a welcome sight through the sweat pouring down my exhausted face, but believe it or not, it wasn’t my favorite part of the race.

My favorite part of the race was the cheering along the way! It was so much fun to hear a group of people cheer for someone they recognized. “Hey Greg, way to go!” or “Looking good, Marcia, stay strong!”

There were also people cheering for anybody and everybody who came along. Of course, some of those people were drinking Bloody Marys and would have cheered for a street sweeper or a garbage truck, but their cheers were fun and encouraging anyway.

Then there was Wes. Wes was about 25 yards in front of me for several miles. Wes was very tall, bald, and had a ton of friends. Every time we passed by a group of spectators, someone would yell out, “Alright Wes!” or “Wes, you da man!” And Wes would raise his hands and yell triumphantly back at the well-wishers.

Near the end of the race I finally passed Wes and noticed that on the front of his plain, white t-shirt, he had written his name, WES, in big letters with a Sharpie pen.

Most of those spectators didn’t know Wes, they just saw his name on the t-shirt! I decided right then that the next time I run a big race like this, I’m writing my name on my shirt. I really want people to cheer for ME, too!

I can’t help drawing an analogy to work teams.

Do you have a cheering section at work? Sadly, most people don’t. Sure, we might celebrate major accomplishments like completing a major project or receiving an award we’ve won. That’s kind of like cheering at the finish line, right?

But what about the sideline cheering along the way? How is your team at encouraging each other during the hard part of the race (the part where you’re actually putting in all the effort)?

If I asked, I would bet 9 out of 10 people would say they hardly ever get an “atta girl” or a “great job, keep up the hard work” from their boss.

What if I asked the same question about your team instead of your boss? Do your teammates encourage each other (i.e., they don’t wait for the boss to do it)?

Now, here’s the real question I want to ask:

Are YOU a cheering section? Do YOU high-five your teammates during the race as well as at the finish line?

You also might pick up a tip from Wes. If you want a cheering section, you might need to let people know. You might sitting there thinking, “I shouldn’t have to ask for it.” Get over it. That’s victim thinking and it only leads to resentment. It’s like wishing Santa will bring you what you want, but refusing to tell him when you’re sitting on his lap! Ok, so the Christmas twist is a few weeks early, but you get the point, right?

One simple way to create a cheering section is to bring up the idea in a staff meeting. Be the one to suggest that “we all need to encourage each other more.” Then follow that up with some specific encouragement for a teammate or two to model the behavior you desire.

The beautiful thing is that you don’t have to be the boss to start a cheering section. Anybody at any level can start cheering at any time.

If you are a boss, though, you should call a meeting right now and hand out some props to your team. One thing most of us bosses have in common is that in spite of our best intentions, we don’t cheer on our team near as much as we should.

So here’s my cheer to you: “Hey (insert your name here)! Way to go on building a better team! Thanks for helping to make the world a more fun, creative place to live, work and do business! Keep running strong!”