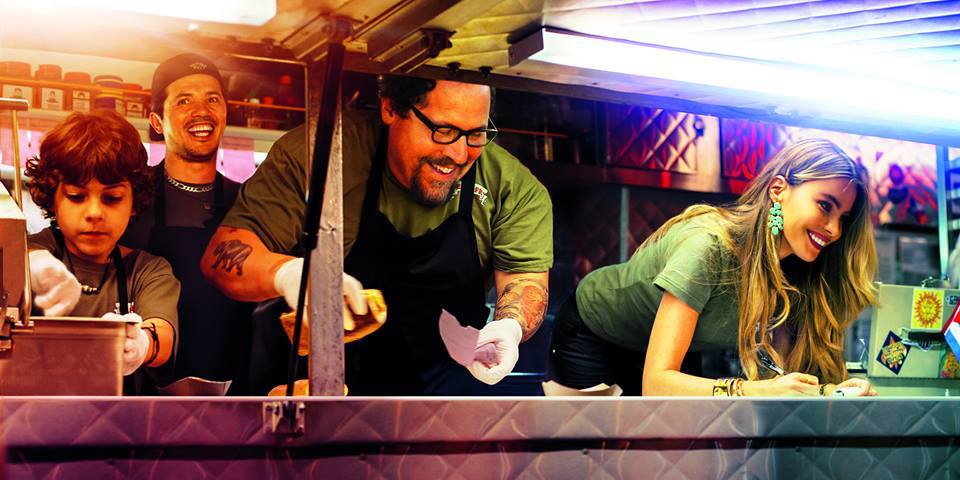 If you were and I were at a party and we were talking about the stuff you talk about at parties, you would eventually ask me what my favorite movie of all time is.

CHEF was the creation of Jon Favreau, the brilliance behind the first two Iron Man movies AND Elf (Which is probably my second favorite movie of all time). It also features Robert Downy Jr., Sofia Vergara, John Leguizamo, Scarlett Johansson, and Dustin Hoffman. Pretty killer cast for an indie film that only grossed about $50 million worldwide.

Why do I love this movie so much? As an entrepreneur and business owner, I can relate to some of the struggles that the main character faces for sure. However, you don’t have to be an entrepreneur to be inspired by this movie because it has some great lessons for anyone who wants to be happier and more fulfilled in this life.

I love this movie so much that I made my team watch it yesterday. We ordered Jimmy Johns, watched the flick, then spent a few minutes debriefing the story. I wrapped up the debrief by asking my team what they thought the big lessons in this movie are. Here’s what they said (and I agree 100%):

Ideally, find work that lights you up. Doing what you love and making a living at it is one of the greatest blessings you could ask for. If that’s not possible, find ways to enjoy what you do, or at least parts of what you do. At the very least, find an outlet somewhere in your life to do what you love so that very important part of you won’t wither away and die.

In the movie, the main character, Carl, is forced by his boss to cook boring, routine menu items. Even before he sets out on the journey to create his own business, he finds an outlet for cooking the way he wants to by cooking at home. Warning, some of these cooking scenes will make you extremely hungry.

2. Find someone who’s willing to push you.

Think back on your life. Most of the great stuff you’ve done, you probably had somebody nudging you to do it, right? Early on it may have been a parent or a teacher, later on it was a coach or a boss, and we’ve all had friends that have encouraged us along the way, too.

Carl’s ex-wife sees the best in Carl. She can see things in him that he can’t see in himself at the beginning of the movie (because, we figure out, that she was there in the beginning of his career when he was alive and passionate about his work). She gently guides him — or, more accurately, chips away at him — until he takes her advice and opens a food truck.

I realize very few ex-wives a) would help their ex-husbands become their best selves, or b) look like Sofia Vergara. Again, it’s a movie, and I am willing to accept both of these ideas purely for entertainment reasons.

3. Step out of your comfort zone.

Growth requires discomfort. It requires transition. It requires work. There may be an “aha” moment in your life when you DECIDE to transform, but getting the new results you’re after can be a bit of a process. That process starts at the end of your comfort zone. Don’t be afraid to step into it. It’s not as scary as it looks, and the process can actually be way more fun than you imagine, even if it is hard work.

Even after Carl decides to launch a food truck, he still has boatloads of physical and emotional work to do in order to gain the fulfillment he desires by the end of the movie. The process is where he really comes alive and re-discovers what lights him up.

Ego is a double-edged sword. Its a powerful force that drives us to create. It’s also a fragile object that is easily shattered by another’s opinion. When our ego is crushed, that’s a hard thing to get past. Some people never do. Sometimes it is the one thing, or the last thing, standing in between you and what you really want. Past hurt often holds our bright future hostage.

Carl’s ego is crushed by a food critic early on in the movie. To move forward, Carl has to accept that his ego is crushed. Then near the end of the movie, he has to face the critic, only now the critic wants to help him, to partner with him in a new restaurant. If Carl lets his hurt ego run the show, he’ll never transform. But, hey, it’s a movie, so of course he figures out a way to let his ego go and open the restaurant of his dreams.

Don’t laugh. I’ve seen this kind of transformation happen for real. Sadly, I’ve also seen many people get trapped by a hurt ego for decades, even for life.

If you haven’t watched CHEF yet, you’ve got the long Labor Day weekend coming up to enjoy it. That might be a good thing since you’ll want extra time to cook something for yourself after you watch it, ha ha! If you have already seen it, watch it again and I’m sure you’ll see the lessons we saw, and probably many more. It’s on Netflix, iTunes, and Amazon.

By the way, have a great holiday weekend. I hope you use it to rest, relax, and recharge!