Everyone Has A Backstory 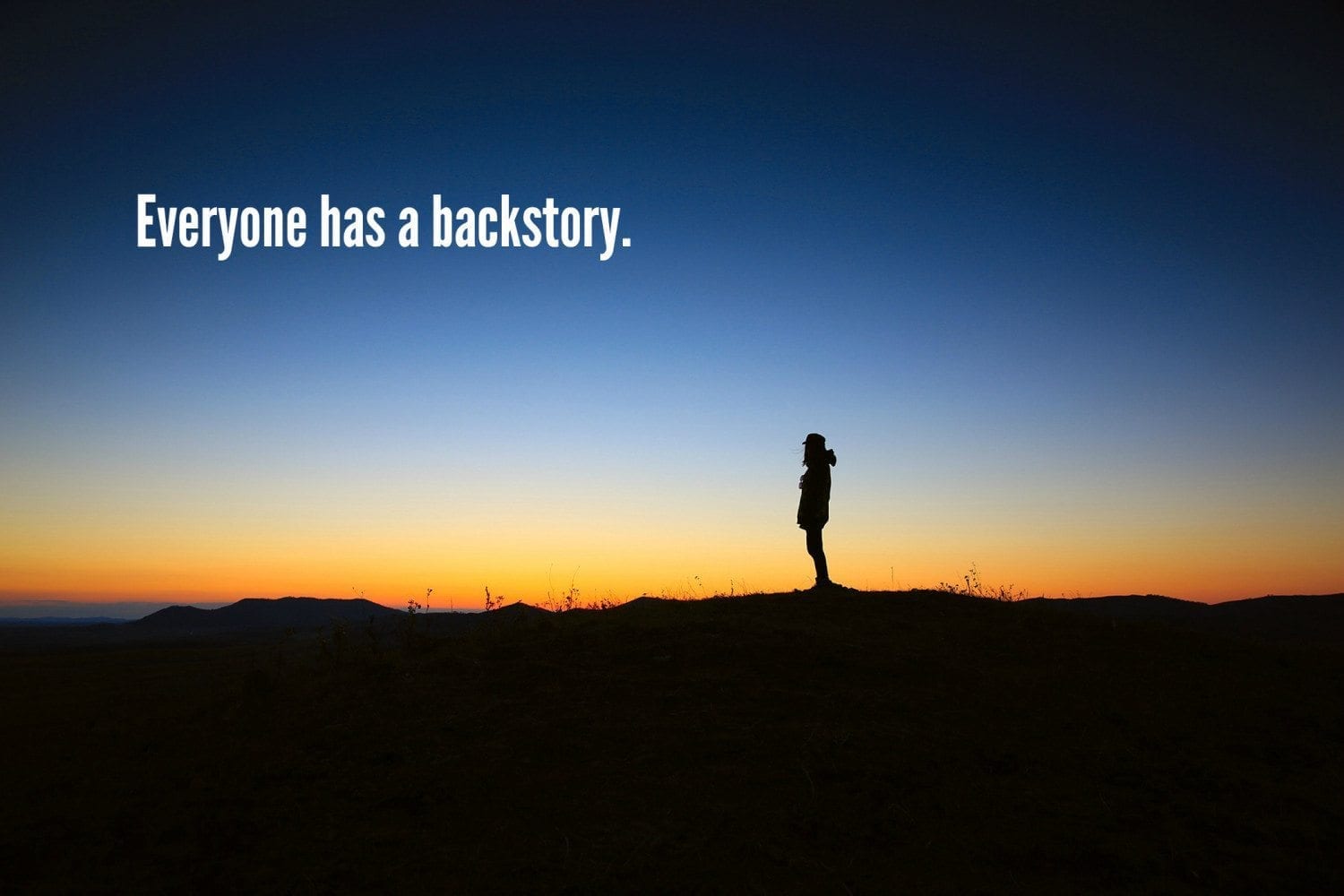 I was pretty mad. Like ready to fire her mad.

You see, she was making what I considered to be stupid mistakes. Missing deadlines, messing up details, and not communicating with anyone on the team very well.

My laundry list of complaints seemed to be growing by the day. Not good. Like ready to fire her not good. I finally couldn’t stand it anymore so I asked her to meet with me. I’m pretty sure she felt like she had been called to the principal’s office, because the look on her face told me she just knew.

I calmly (well, as calmly as I could) listed off her recent offenses as she sunk deeper and deeper into her chair. When I finished with my complaints, I asked her a simple question.

I was fully prepared for her to defend herself, maybe even blame me or her co-workers for some of her recent shortcomings. What she said actually made ME sink deeper into my chair.

Her life outside of work was a complete mess. The story she told me was pretty personal so I won’t share it here, but needless to say her world was dangerously close to 100% upside down.

I had no idea any of it was happening. All I saw was her ongoing nosedive in performance. I had even made all kinds of wrong assumptions that she was simply disengaged, didn’t like her work, was hoping to get fired, etc. Never once did I consider that something else in her life had just completely thrown her for a loop and had sucked so much of her energy and brainpower that it affected every other area of her life.

In other words, I didn’t know her backstory.

Ever have a “bad hair day”? That’s part of your backstory for that day. Ever fight with your kids on the way to school? Does that affect your actions or attitude at work, at least for a while? You bet it does. Backstory.

You have a backstory. So do I. Your backstory is directly responsible for what you believe and how you behave. So is mine.

The key is to stop and remember that everyone has a backstory…and there’s a darn good chance it’s why they’re acting the way they are acting.

It’s why the grumpy cashier is grumpy. It’s why your coworker appears to be “daydreaming” instead of working. It’s why your boss bit your head off for something that really wasn’t that big of a deal. It’s also why some activists lobby relentlessly for their cause, why some people are sooooo committed to fitness, and even why KKK members believe and act the way they do.

A backstory is NEVER an excuse, but it IS a reason. When we understand the backstory, we can make a much more educated decision about how to react to any current situation or relationship.

So, how do you discover a backstory?

Become genuinely interested. Wonder. Ask. Dig. And be patient. People generally don’t like to give up their backstory. It’s personal, private, and often even embarrassing. I’ve found, though, that the more interested I am in someone, and the more I treat them with compassion (and yes, even love) the more of their backstory I learn.

True confession: I have OFTEN state to my wife, “I just don’t understand people!” Because, let’s face it, people in general are kind of nutty.

When I learn someone’s backstory, however, it becomes almost impossible to NOT understand them. And it makes a world difference.

I’d love to hear your reaction. Agree? Disagree? Got a backstory story to tell? Leave a reply below!