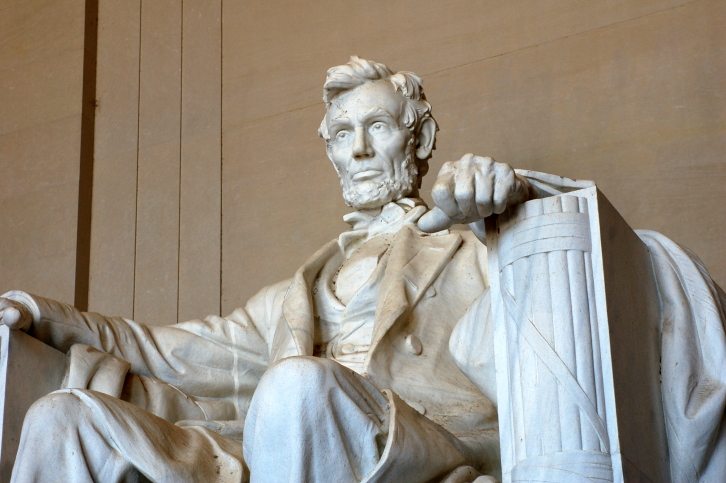 “Give me six hours to chop down a tree and I will spend the first four sharpening the axe.” – Abraham Lincoln

Many people love this quote, nod their head in agreement when they see it, and share it on Facebook every chance they get. However, I believe it may be the worst personal development advice Abe Lincoln ever gave us. Here are 4 reasons why:

1. You gotta know how to swing the axe first.

If you attack a tree with the flat side of an axe, you could spend a thousand hours swinging the sharpest axe in the world and that tree still ‘aint gonna fall. Not to mention, it hurts like the dickens when you smack a tree that way. “Dickens” is a word I imagine Abe would use, FYI.

You can have the best tools in the world, but if you don’t know how to use them properly, they’re ineffective, even worthless.

Do yo know how to use that fancy new software you bought? Have you maximized that piece of exercise equipment in your basement? Are you managing your people (i.e., your BEST TOOLS EVER) to their full potential?

2.  Just because you’ve got an axe doesn’t mean it’s the right tool for the job.

You may have heard the old saying, “When all you’ve got is a hammer, everything looks like a nail.” Same goes for axes. Attacking a giant redwood with a tiny axe is so silly even the tree would laugh at you. That’s like trying to write a novel on your iPhone. If you’ve got ten years and tiny thumbs you might be pull it off, but, again, that’s just silly.

I can’t tell you how many times I’ve tried to attack a problem using the tools I already have, just because they are there. Sometimes I struggle all the way through a project, cursing at the tool under my breath. Other times — better times — I stop and look for a tool that is actually made for the task I’m tackling. That doesn’t always mean I have to buy something. Sometimes I find I already own the tool, or I can borrow it. Sometimes the right tool is knowledge, and I can borrow that all day long from people who are smarter than I am.

3. Just because you’ve got a sharp axe doesn’t mean YOU should be the one to swing it.

This is particularly hard for anyone who has “moved up” in position. Our tendency is to keep doing the stuff we were doing before and ADD duties, responsibilities, and other trees to our forest, instead of handing the axe over to someone else. It’s difficult for us to admit that someone else may actually WANT to swing that axe more than we do AND (gasp!) they might be BETTER at swingin’ it!

The first step is to admit you have a problem. Let it go.

Peter Drucker (the Abe Lincoln of the modern business world) said it best: “There is nothing so useless as doing efficiently that which should not be done at all.”

Take a look at what you’re working on, both long-term projects and short-term tasks. Are you swinging your axe against the right tree?

You probably know that Abe wasn’t really talking about cutting down trees, right? He was talking about YOU. You are your most powerful tool, and you always will be. Are you keeping yourself sharp? The #1 thing you can do to become more successful is to sharpen your axe by constantly learning, growing, and making yourself more and more capable to handle the challenges you are given.

Hmm, maybe Abe’s advice wasn’t so bad after all.