20 Quotes To Inspire Your Inner Rockstar 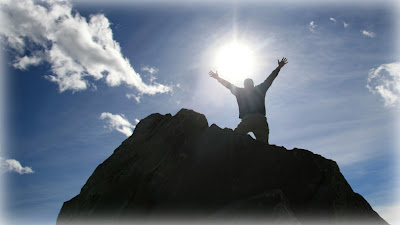 “If you’re going to make a change, you have to operate from a new belief that says ‘Life happens, not to me, but for me.’” – Tony Robbins
“We are what we repeatedly do. Excellence, therefore, is not an act but a habit.” – Aristotle
“You can always do more than you think you can.” – Coach John Wooden “Some of the world’s greatest feats were accomplished by people not smart enough to know they were impossible.” – Doug Larson

“Take calculated risks. That is quite different from being rash.”

“What you do speaks so loudly that I cannot hear what you say.”

“If everything is important, then nothing is.” – Patrick Lencioni

“A man is but the product of his thoughts. What he thinks, he becomes.” – Mahatma Gandhi

“When one door closes, another opens; but we often look so long and so regretfully upon the closed door that we do not see the one which has opened for us.” – Alexander Graham Bell

“Whether you believe you can do a thing or not, you are right.”

“Control your own destiny or someone else will.” – Jack Welch

“Courage doesn’t always roar. Sometimes courage is the quiet voice at the end of the day saying, ‘I will try again tomorrow.’” – Mary Anne Radmacher

“Try and fail, but don’t fail to try.” – Stephen Kaggwa

“It’s one thing to make a choice. It’s another to put that choice into practice.” – John C Maxwell

“The trick to balance is to not make sacrificing important things become the norm.” – Simon Sinek “Instead of wondering when your next vacation is, maybe you should set up a life you don’t need to escape from.” – Seth Godin

– Yoda.
This extraordinary list of quotes was compiled by Jessi Reynolds, our Creator of Extraordinary Expressions.